No punishment has ever possessed enough power of deterrence to prevent the commission of crimes. On the contrary, whatever the punishment, once a specific crime has appeared for the first time, its reappearance is more likely than its initial emergence could ever have been… Hannah Arendt

We have an infatuation in this country with punishing the guilty. It may have started with the persecution of witches in colonial times but its political dimensions came to full boil with the pursuit of Pancho Villa and continued through the “pastoralization” of Germany favored by Morgenthau and the orgy of punishment at Nuremberg. It hasn’t stopped yet with the pursuits of both Saddam Hussein and Osama Bin Laden. While not arguing for the innocence of any of the criminals pursued there remains the question of what exactly was accomplished by sending Pershing into Mexico or Alexander Patch into Bavaria. Neither was a target of particular military value and especially in the latter case the army could have been sent east and left the Soviets without so much of Europe for the next fifty years. The men who followed the orders deserve credit and honor for everything they accomplished – it is the men who made the policy who remain suspect! 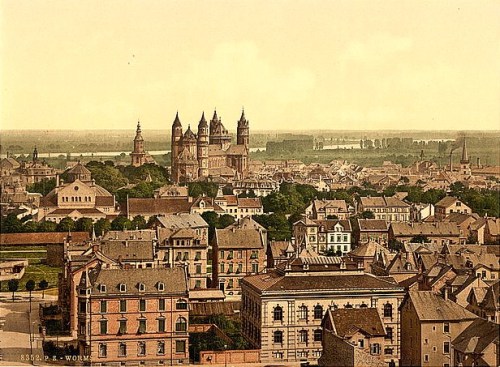 This book is a chronology of the Rise and Fall of the Third Reich and the famous victory drive of the Seventh Army. It starts at the Worms’ Rhine bridgehead and moves quickly onto Aschaffenburg, before describing the Hammelburg Raid to release US POWs. Driving South through Karlstadt the Army seized crossing of the River Mainz at Wurzburg.

The seizure of Nuremberg was hugely symbolic and this beautiful city was the scene both of the infamous Nazi Rallies and of course the War Crimes Tribunals. The road to Munich is via the Danube crossings and the books takes in the liberation of the appalling Dachau Concentration Camp and the battle at the SS Barracks. 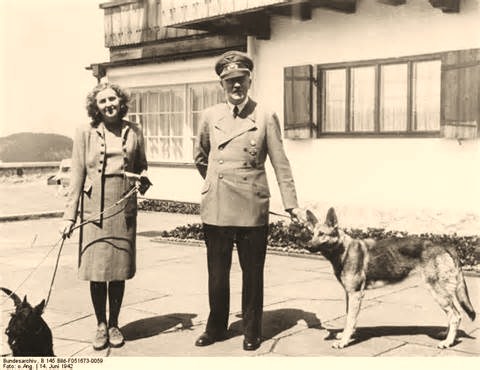 Munich was the centre of Hitler‘s early life and represented his power base. He was imprisoned here and wrote Mein Kampf. The book climaxes with the approach to the Alps and the Eagle’s Nest suspected to be his last retreat rather than a bunker in Berlin.

Comments Off on No punishment has ever possessed enough power of deterrence to prevent the commission of crimes. On the contrary, whatever the punishment, once a specific crime has appeared for the first time, its reappearance is more likely than its initial emergence could ever have been… Hannah Arendt

All in all, punishment hardens and renders people more insensible; it concentrates; it increases the feeling of estrangement; it strengthens the power of resistance… Friedrich Nietzsche

In this book, author Anne Nelson shares one of the most shocking and inspiring – and least chronicled – stories of domestic resistance to the Nazi regime. The Rote Kapelle, or Red Orchestra, was the Gestapo’s name for an intrepid band of German artists, intellectuals, and bureaucrats (almost half of them women) who battled treacherous odds to unveil the brutal secrets of their fascist employers and oppressors.

Based on years of research, featuring new information, and culled from exclusive interviews, Red Orchestra documents this riveting story through the eyes of Greta Kuckhoff, a German working mother. Fighting for an education in 1920s Berlin but frustrated by her country’s economic instability and academic sexism, Kuckhoff ventured to America, where she immersed herself in jazz, Walt Disney movies, and the first stirrings of the New Deal. When she returned to her homeland, she watched with anguish as it descended into a totalitarian society that relegated her friends to exile and detention, an environment in which political extremism evoked an extreme response. 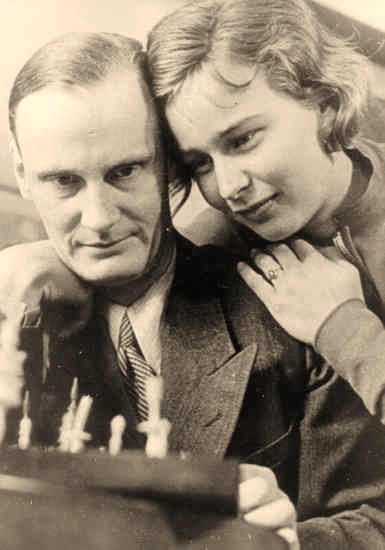 Greta and others in her circle were appalled by Nazi anti-Semitism and took action on many fronts to support their Jewish friends and neighbors. As the war raged and Nazi abuses grew in ferocity and reach, resistance was the only possible avenue for Greta and her compatriots. These included Arvid Harnack –the German friend she met in Wisconsin – who collected anti-Nazi intelligence while working for their Economic Ministry; Arvid’s wife, Mildred, who emigrated to her husband’s native country to become the only American woman executed by Hitler; Harro Schulze-Boysen, the glamorous Luftwaffe intelligence officer who smuggled anti-Nazi information to allies abroad; his wife, Libertas, a social butterfly who coaxed favors from an unsuspecting Göring; John Sieg, a railroad worker from Detroit who publicized Nazi atrocities from a Communist underground printing press; and Greta Kuckhoff’s husband, Adam, a theatrical colleague of Brecht’s who found employment in Goebbels’s propaganda unit in order to undermine the regime.

For many members of the Red Orchestra, these audacious acts of courage resulted in their tragic and untimely end. These unsung individuals are portrayed here with startling and sympathetic power. As suspenseful as a thriller, Red Orchestra is a brilliant account of ordinary yet bold citizens who were willing to sacrifice everything to topple the Third Reich.

Comments Off on All in all, punishment hardens and renders people more insensible; it concentrates; it increases the feeling of estrangement; it strengthens the power of resistance… Friedrich Nietzsche

Born in A.D. 76, Hadrian lived through and ruled during a tempestuous era, a time when the Colosseum was opened to the public and Pompeii was buried under a mountain of lava and ash. Acclaimed author Anthony Everitt vividly recounts Hadrian’s thrilling life, in which the emperor brings a century of disorder and costly warfare to a peaceful conclusion while demonstrating how a monarchy can be compatible with good governance.

What distinguished Hadrian’s rule, according to Everitt, were two insights that inevitably ensured the empire’s long and prosperous future: He ended Rome’s territorial expansion, which had become strategically and economically untenable, by fortifying her boundaries (the many famed Walls of Hadrian), and he effectively “Hellenized” Rome by anointing Athens the empire’s cultural center, thereby making Greek learning and art vastly more prominent in Roman life. 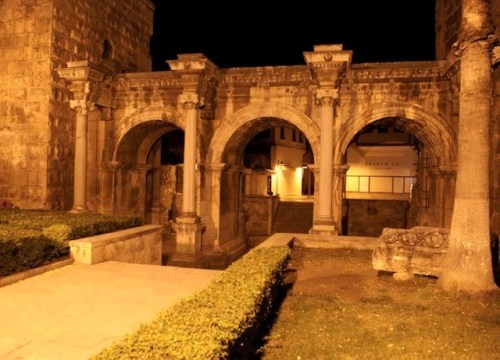 Drawing from engrossing survivors’ accounts, many never before published, The Minsk Ghetto 1941-1943 recounts a heroic yet little-known chapter in Holocaust history. In vivid and moving detail, Barbara Epstein chronicles the history of a Communist-led resistance movement inside the Minsk ghetto, which, through its links to its Belarussian counterpart outside the ghetto and with help from others, enabled thousands of ghetto Jews to flee to the surrounding forests where they joined partisan units fighting the Germans.

Telling a story that stands in stark contrast to what transpired across much of Eastern Europe, where Jews found few reliable allies in the face of the Nazi threat, this book captures the texture of life inside and outside the Minsk ghetto, evoking the harsh conditions, the life-threatening situations, and the friendships that helped many escape almost certain death.

Epstein explores how and why this resistance movement, unlike better known movements at places like Warsaw, Vilna, and Kovno, was able to rely on collaboration with those outside ghetto walls. She finds that an internationalist ethos fostered by two decades of Soviet rule, in addition to other factors, made this extraordinary story possible.

A poor player, that struts and frets his hour upon the stage and then is heard no more… 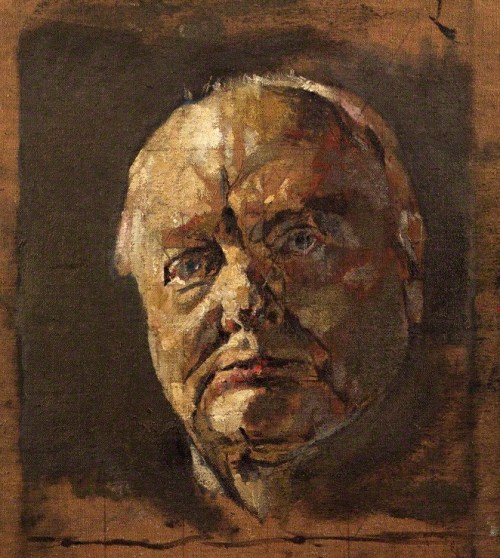 “I am an obstinate pig.” This was how Winston Churchill described himself. This is Winston Churchill in close-up — a compelling portrait of the man at a time when almost no one wanted him to remain on the public stage and when he was willing to do absolutely anything to stay there. Here is Churchill at his most outrageous, maddening, and devious. 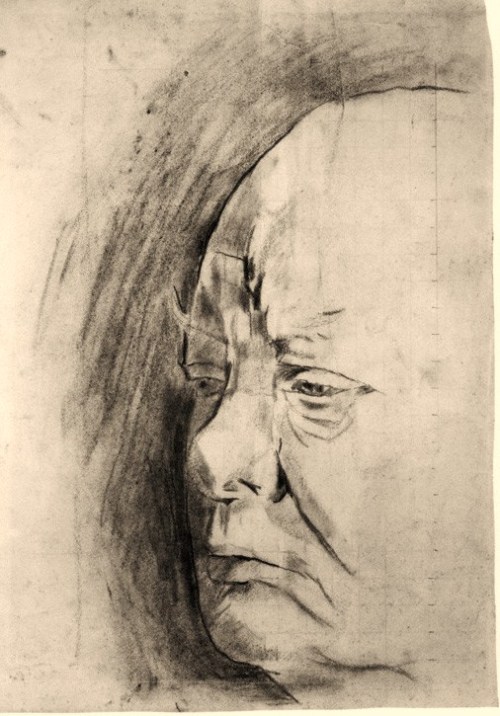 At the end of July 1945, Winston Churchill was a defeated man — hurled from power by the British people at the end of the war from a position that he had never achieved through popular election. Churchill Defiant is the story of how, when it seemed impossible, Churchill fought his way back over the next six years to the center of great events. In 1951, at last prime minister once more, he was ready to begin his dash to win “the last prize I seek”: the enduring peace that had eluded the world after Hitler‘s defeat.

But Churchill’s battles were just beginning. He would have to wage war with both his closest colleagues and his most indispensable allies, the Americans, to get where none of them wanted him to go: the negotiating table with the Soviets. Barbara Leaming has written a fast-paced narrative of bare-knuckle politics, of life-and-death decisions, of old grudges and fresh blame. It is the story of how, between 1945 and 1955, Churchill simultaneously fought to prevent a third world war and to defy his own mortality as the clock ticked away and time threatened to run out for him.

In Leaming’s book, we receive an account of the tangled web of personal relationships and rivalries, the intricate interplay of past and present and, the looming sense of history that makes the story of these years as fascinating as anything in the extraordinary century-long saga of Winston Churchill’s life.

Comments Off on A poor player, that struts and frets his hour upon the stage and then is heard no more…